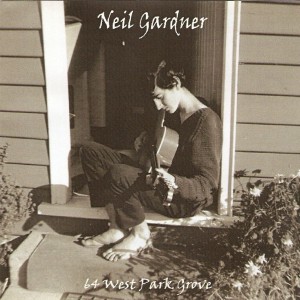 In 1971, I released my first album; a vinyl LP called “Anthem for Wednesday” which contained 14 of my earliest songs. To mark the 40th anniversary of that album, I have revisited many of those songs with the benefit of hindsight and modern technology. A few of the original songs were replaced with songs of the same vintage that were overlooked in 1971.

The songs were mostly written at 64 West Park Grove. This was the Gardner family home in Burnie where I learnt how to write songs. The house was a great inspiration from the early sixties until we moved out in 2008.

I have been supported in this project by a wonderful array of very talented people of all ages; some of whom hadn’t been born in 1971. A very special debt of gratitude is owed to Mike Raine and Nick Booth for helping me to achieve the arrangements I could hear in my head all those years ago.

This album is dedicated to my Dad who gave me my love language, to my Mum who gave me the gift of rhyme and their home at No. 64.