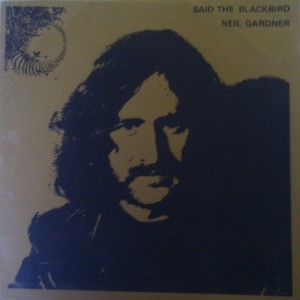 Almost as soon as Anthem for Wednesday was completed, I started on the second album. By this time, Nick Armstrong had set up Spectangle Studio in a splendid old mansion in Liverpool Street that was ear marked for demolition to build a freeway. I had moved to Hobart at the end of apple picking in 1971.

The songs were largely drawn from the stock I had been building up since 1968. However a couple, including the title track, were written in the orchard at Cradoc during the autumn of 1971. The two final tracks were written while the album was being recorded.

The new album was technically a significant advance on “Anthem for Wednesday”, in part because of the lessons learnt on the first album. Some of the tracks were recorded with a session band assembled with help from Nick and John Russell. Phil Stubbs and Bob Millar shared the drumming and Bob Macphee played bass.

This album also came in a cover. George Harrison’s triple album “All Things Must Pass” had recently been released. For some reason there was a surplus of the mustard, blue and grey inner sleeves that housed the three discs. Nick successfully tendered for some of the grey sleeves and the mustard sleeves. The former were used for Ian Young’s album that was being recorded at the same time. The mustard sleeves were used for “Said the Blackbird.” It goes without saying that I treasure this indirect connection with one of the members of my all time favourite band.

Artwork for the cover was done by Peter Carroll. The cover photography and screen printing were done by Mark Nicholls.

To quote the credit notes on the back of the lyric sheet:

“This record was recorded using gnome power and a variety of other stimulants, between June 1971 and March 1972. Due to lack of local interest, it will not be released for sale in the Amazon Basin.”

1. Princess of the Clouds

A wistful song about a plane journey – a song of blue and silver. It was partly dedicated to the plane and partly to a charming girl named Penny, with the most beautiful deep blue eyes I’ve ever seen, who happened to be sitting next to me. I’d never met her before but, in a typically Tasmanian coincidence, it turned out I knew her brothers from boarding school.

This song started life as a poem about an imaginary lady alienated from the inspiration of nature. Setting it to music was a happy afterthought. My dear friend, Malcolm Turnbull recorded a version for his CD “Goodness How the Years Have Flown” in 2003. Malcolm places the song in the tradition of ballads about abandoned damsels set adrift that includes “The Lady of Shalotte” and “As Silvie Was a Walking.”

3. Does Your Daughter Still Ramble at Night?

A sad tale but true in a country vein, about a rebellious and passionate daughter of the apple country. Gyp Montaigne provided second guitar, backing vocals and some inspired banging on an old bass drum. John Lavery also sang and played maracas.

A brooding piece about life and death that a young man feels safe writing. It was inspired by the name of a street in Westbury that I passed while hitching to Hobart one afternoon. The completed lyrics arrived during the course of the journey, to the tune of John Lennon’s “Working Class Hero.” My tune came a little later.

A kind of pantheist parable about where we all fit in the scheme of things, all ending in an imagined journey into the heart of the sun. Pil Stubbs’ percussion and John Russell’s molten, pulsing electric guitar captured the effect perfectly.

This is a sad little number with a bright and catchy tune. It’s not really about anyone except me.

2. Spirit in the Stone

This is a pantheist song that, in spite of some bleak images, contains a substantial measure of energy and optimism. I didn’t sing the song in later years because I hadn’t actually seen some of the terrible things it describes. But sadly, in the thirty- six odd years since the song was written, I have seen far too many equally appalling atrocities on the TV news.

3. The One Legged Soldier

I originally wrote this as a poem under the title “Kitchener’s Nightcap.” I was assisted in recording it by my dear friend John Lavery and a bottle of Penfold’s 1954 Club Port – or was it a bottle of Guiness? One of my backing vocals is woefully off key but we left it in because it sounded like a sergeant major calling the time. Nick gave the song its new title.

4. The Lady Walks Into the Room

A vignette very loosely based on a delightful “married” lady who had no business tantalising some of us the way she did.

5. The Family That Died

I don’t know where this song came from and I wish I hadn’t written it. It could well have given offence to some true and dear friends at the time, a fact that I deeply regret.

This was a bit of studio horseplay during an aborted attempt to do a piano version of “Spirit in the Stone”. It even included several seconds of stereophonic silence. King Crimson had recently done something similar.

I wrote this little piece on the studio piano one afternoon when all the session musicians had gone.